Aunt Percy was the first official Chairwoman of the Davis Ranches trustees. She was the last family member to live in the Brick House mansion.

After Howell's death in 1880, for the most part, Davis women owned a majority interest in Davis Ranches and were responsible for operations.

The founding patriarch of Davis Ranches, Howell Davis also established the town of Sycamore, CA. Together, Howell and his wife Sebia built the the legacy of the ranch. 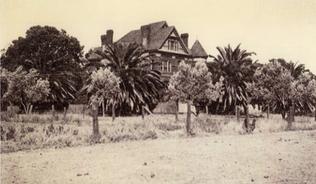 THE TOWN OF SYCAMORE

Historically part of the Rancho Jimeno Mexican Land Grant, the town of Sycamore was established in 1857. Located just eight miles south of Colusa, Davis Ranches is on the headwaters of Sycamore Slough. The name Sycamore comes from the native trees that border the slough as it runs southwest from the Sacramento River.

The small farming town had a post office, church, schoolhouse, a blacksmith, saloon, butcher, shoe shop, public hall, a hotel, the Davis Store and Davis Warehouses. A ferry port was a main source of income for the Davis Family, as they were able to ship the goods and food produced on local farms south along the Sacramento River.

A living Mural and monument to the many avian migratory visitors to the ranch; the Mural is a visual reminder of our commitment to the preservation of migratory shorebird and waterfowl habitat on the ranch. 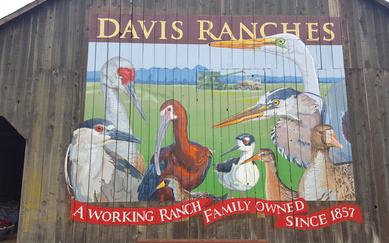 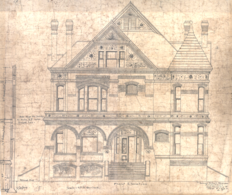 The Brick House was designed by architects Samuel and Joseph Newsom in 1882.  All of the bricks were made on the ranch by Quong Chung Lung at $2.50 per thousand.  Construction of the home was completed in 1894 and took over 300,000 bricks. ​ 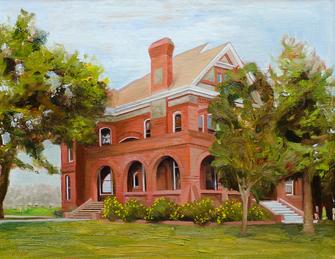 ​Davis Ranches promotes good stewardship of the land as farmers, conservationists, and members of the local community.  Working with tenants and conservation partners, the owners strive to integrate sustainable farming practices and native habitat into the working agricultural landscape.